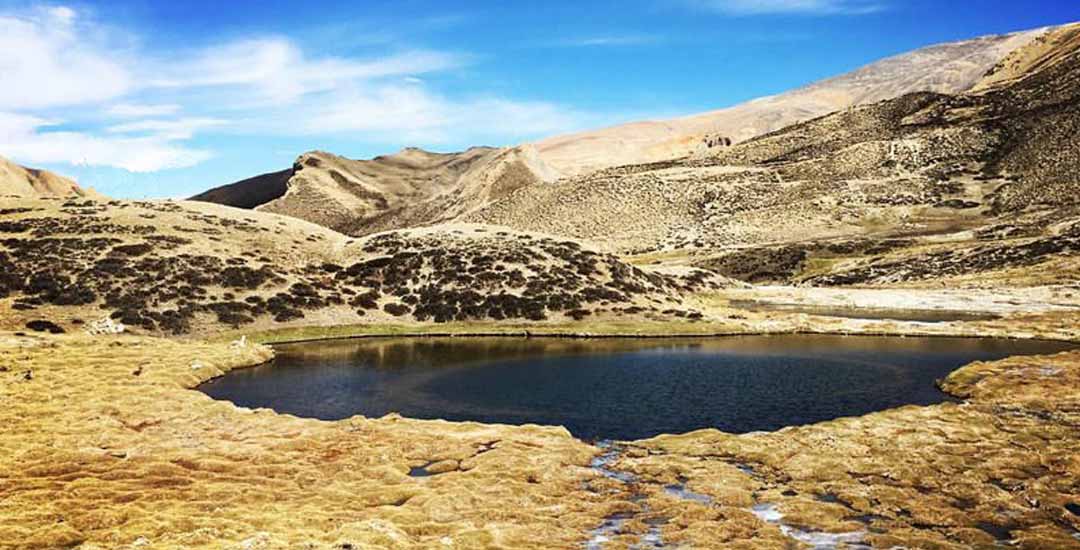 Damodar Kund Yatra, a must sacred tour destination for Hindus.

With the regal Himalayas, impenetrable forests, and irreplaceable wildlife, Nepal is undoubtedly a land of nature’s grandeurs. The nation is always known as the beautiful fascination for travelers. People say, “Chasing angels or fleeing demons go to the mountains”.

And when it is about the mountains, the name that comes to your mind is Nepal. Basically, if you desire to make a plan a family trip to a beautiful yet religious and sacred place and also add a bit of entertainment, adventure and thrill in it, then, Damodar Kund in Nepal would be the most excellent option for you. Though, you have an option of seeking the help from any tour agent, but you need to make a full-proof schedule for your trip in a proper manner.

An overview of Damodar Kund.

Nepal is one of the very popular places, which this assists in attracting both Buddhist and Hindu devotees who actually come to pay the homage to their gods. As there are plenty of sacred travel destinations and amongst all, Damodar Kund is one of the excellent places to visit in Nepal. Damodar Kund or Damodar Kunda is also known as Damodar Lake, which is extremely popular for the Hindu religion. Whenever it is about the sacred place in the world, Damodar Kund is the name to consider.

Damodar Kund is one of the very well-known sacred places for Hindu religion. The lake is situated in area of Upper Mustang in Nepal’s Himalaya. It takes 10 to 11 days of walk from Muktinath. The elevation of this cold, beautiful and windy Damodar Kund situated at an altitude of 5400 meters. Barah Puran has re-counted the Damodar Kund’s religions significance. The source of River Kaligandaki is from Damodar Kund and throughout its flow to south right up to Indian border it carries the manifestation of lying lord Vishnu with Damodar Kund jeweled as his auspicious Head.

In second column of Varaha Purana, there is a huge thing mentioned about the place. Basically, it says that Lord Krishna has said that who pays a visit to this Kunda and then also takes a very deep-bath, they will be freed from all the sin. Basically, when it comes to the religious aspects about the place, there are some of the logics. Eventually, it is stated in Purana that Kuber’s sons were undergoing of the sin because they did sin in their previous lives and that is why Lord Krishna told them to take a bath in that Lake so that they could get rid of that sin.

From Damodar Kund, the entire views are remarkable, a bit higher than the lakes, just the short climb up some of the hills. From here you will be able to see the Tibetan plateau and also the Damodar Himal to the north and the huge Annapurna Himalayas to the south. There are almost 65 peaks available in this Himal range containing Damodar Himal, Muktinath Himal (6,706m), and Bhrikuti Peak (6,364m). Basically, this place is three days walk from the north-east of the main Mustang trekking route and then also very closes to the Tibetan border.

How to visit Damodar Kund.

The travel buffs always opt for the best ways to visit the place. So, you can ask to the travel agent regarding the ways but you can also take the help from various sites as well. From Jomsom the district headquarters of Mustang, you will be able to start the trek and that would be for 14 days to and from. Since Damodar Kund is at the high altitude, your trek is designed in the view of acclimatization and comfort. This is extremely difficult to trek and then needs the Good physical fitness. You can reach Nepal by Land or by Air. Kathmandu has good connectivity with major Indian and Non Indian cities. You can also Reach Nepal by crossing Land borders; there are many border crossing points in Indian states of UP, Bihar and West Bengal.

You can take warm clothes, a pair of hiking shoes, sunglass, sun-tan cream, towel and more. And you also should carry camera and torch with extra batteries. You require proper trekking accessories for travel to this place.

You can visit the place in the month of April till September is suitable.

A short Itinerary on Damodar Kund.

A lot of travel enthusiasts around the world have not heard about this place Damodar Kund. The kund (pond) are situated in the restricted Upper Mustang region, in the midst of a rugged landscape. And that is why to get there one must cross two mountain passes over 5000 meters, making this quite a challenging destination. Pilgrims are the greatest common visitors here, eager to reach this site because of its divine significance.

So, once you want to go there you will have to start your trip from Yara, You can reach Yara by road from Jomsom which takes 7 hours of jeep ride on a bumpy road.

On your journey to Damodar Kund, you will be able to a witness of numerous sacred places including Muktinath Temple. A lot of people out there complete the return Yara to Damodar Kund trek in four days so they are properly acclimatized. The very first day, you will have to go from Yara to Ghuma Thanti through Luri Gumpa.

A lot of travel enthusiasts love to experience some adventurous stuff and which is why they take shelter in Ghuma Thanti. It is famous because of its Thanti (the tin huts without doors). People make their food in an open fire at Ghuma Thanti. After spending the entire night there, you can head towards Damodar Kund on the next day. Then, on your journey, the very first place you will witness is Batsyak camp, where most of the travelers stop at. Basically, from there, you will have to cross two high passes.

Local people visit Damodar Kunda, when there are some occasions or festivals.

People who don’t want to walk till Damodar Kund they can hire a helicopter at Pokhara, a 5 seater helicopter is very common for travelling to this place. You must need special permit to enter this place which will be cost you USD. 500 per person. A Government of Nepal registered travel company can acquire this permit. If you want to visit this holy place then contact us for several affordable tour options.

Register to Book a Similar Tour